For eight consecutive years, NDBN has brought together individuals and organizations involved in addressing diaper need, an often hidden consequence of poverty. Throughout the annual event, sessions and speakers offer a high level of strategic thinking about the complexities of poverty in the U.S., and how providing diapers and other basic needs creates new opportunities to help low income populations overcome barriers and achieve more. The U.S Conference on Poverty and Basic Needs, previously Diaper Banks in American Conference, is an essential professional development opportunity that provides training to leaders with a variety of skill levels and experience, with focus on program capacity building, nonprofit leadership and community empowerment. 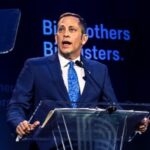 Jay Schatz tells stories. Stories you want to hear. Stories that earned him Emmy Awards during a 32-year career as a reporter and anchor, and stories that entertain, like those created as executive producer of lifestyle programming for HGTV and DIY networks.

Jay brings the art of storytelling to nonprofit organizations, helping them craft and share their stories in the competitive world of “Fast Pitch.” 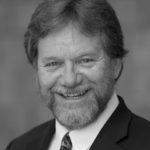 Bill Bolling served as executive director of the Atlanta Community Food Bank since founding the organization in 1979 until June 2015. Over the span of 36 years, he led the Food Bank’s distribution of more than half a billion pounds of food and grocery products through a network of more than 600 local and regional partner nonprofit organizations that feed the hungry across 29 Georgia counties. As a charter member of Feeding America, the national network of food banks, Bill was instrumental in the start-up of food banks across the country. 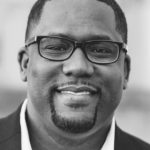 Terence Lester is a speaker, community activist, author, and thought leader in the realm of systemic poverty. He’s known for nationwide campaigns that bring awareness to issues surrounding poverty, race, and the fight for equality. His awareness campaigns have been featured on MLK50, TVONE, Creative Mornings, USA Today, NBC, AJC, Black Enterprise, Rolling Out, Upworthy, and have been viewed by over 10 million people globally. In 2018, Terence led the March Against Poverty as he walked from Atlanta to Memphis (386 miles). He finished the march and spoke at the historic Lorraine Motel for the 50th Anniversary of MLK’s assassination.